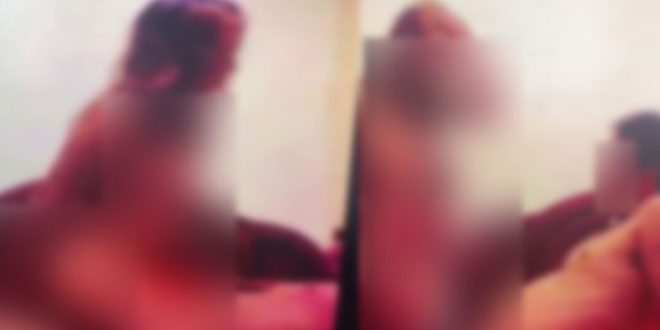 
Popular social media content creator and former Tik Tok star Anjali Arora is once again in the news. This time Anjali Arora is hitting the headlines for the wrong reason.

According to reports, Kancha Badam fame Anjali’s an alleged MMS has gone viral on the social media platforms. It is being claimed in the viral video that the girl seen in it is Anjali Arora.

However, no response has come from Anjali’s side regarding this video yet.

Update Odisha does not confirm this video.

Anjali has 11.6 million followers on Instagram. Her Sufi-Sufi song was released recently.

Earlier, the video of Tiktoker Nisha Gurgain also had gone viral. In the viral video, it was being claimed that Nisha is seen in an objectionable position with her boyfriend. However, Nisha had called this video fake.