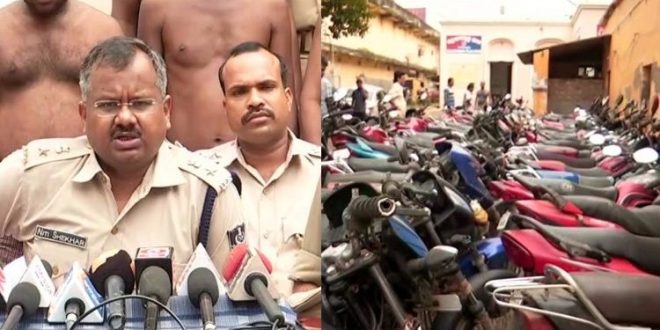 Balasore: The Balasore police on Saturday busted a gang of bike lifters and arrested seven of its members besides seizing 60 stolen motorbikes from their possession.

A case has been registered against the seven arrested persons.

The team arrested seven accused who were involved in the illegal trading of these stolen bikes including kingpin Asish Mohanty, alias Raju of Mayurbhanj district.

Balasore SP Niti Sekhar said the looters had been running the racket since 2010.

“We had installed CCTVs at various places in Balasore town to nab the culprits. They used to steal bikes from busy areas like bus stands and railway stations by using a master key and sell in rural areas at a low cost ranging from Rs 8,000- Rs 15,000. The investigation is still on as we expect to recover more such stolen bikes,” Sekhar added.