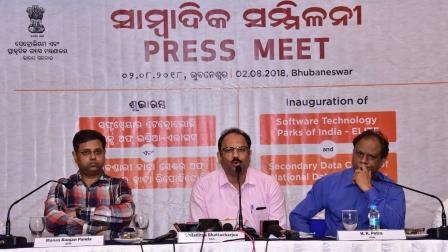 Union Minister for Electronics & IT Ravi Sankar Prasad is also slated to grace the inauguration ceremony.

Notably, the union government earlier on 28th June 2017 had started functioning of Integrated Centralized Data Repository to promote and preserve the data regarding exploration and production of petroleum products in India.

Secondary Data Centre (SDC) which is going to be operational at STPI Gothapatna, Bhubaneswar will be operated under Primary Data Centres’ Disaster Recovery Centre at Noida, New Delhi.

The centre at Bhubaneswar will help students of geology, researchers, academicians as well as various companies. They will be able to conduct data analytics and research based on data available on exploration and production of petroleum products in India.