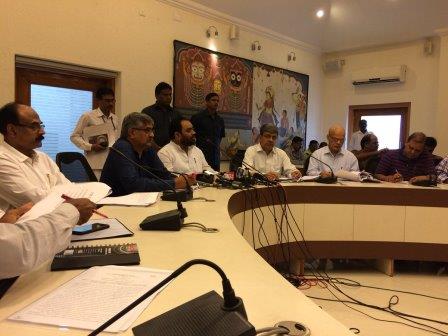 Bhubaneswar: The Odisha Cabinet on Friday decided to bring a resolution for formation of Vidhan Parishad during the monsoon session of Odisha Assembly.

Parliamentary Affairs Minister Bikram Keshari Arukh said the cabinet approved the proposal to set up a Vidhan Parishad in the state for which a resolution will be brought in the Assembly.

The monsoon session is scheduled to be held on September 4.

The cabinet discussed the report submitted by the special committee formed to study the formation of the legislative council in various states.

Arukh said the Vidhan Parishad which will have 49 members will function at old Odisha Assembly.