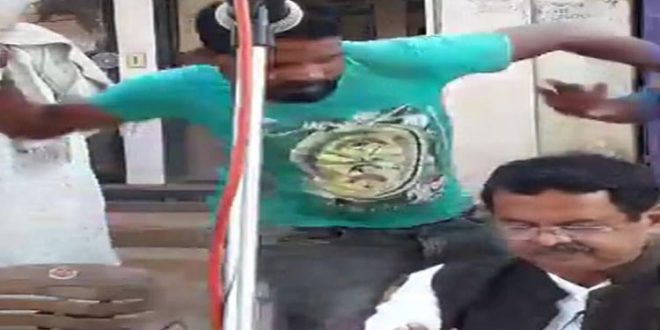 Bhubaneswar: Former MP and Utkal Bharat president Kharabela Swain was allegedly attacked by a youth during a public meeting at Kashipur in Rayagada district.

In a video posted on his Facebook account, Swain was seen manhandled by a youth for speaking against the corruption and mismanagement in the Odisha government.

“I am disheartened and saddened with the kind of conspiracy being hatched against me. It’s nothing but the intolerance of BJD when people like us reach out to the masses to highlight the failures of the ruling party,” alleged Swain.

Both BJP and Congress condemned the unfortunate incident.

“I strongly condemn the dastardly attack on Utkal Bharat leader Shri Kharabela Swain. BJD has turned into a party of “goondas” under the patronage of Naveen Patnaik in order to cling on to power at any cost,” said BJP leader KV Singhdeo.