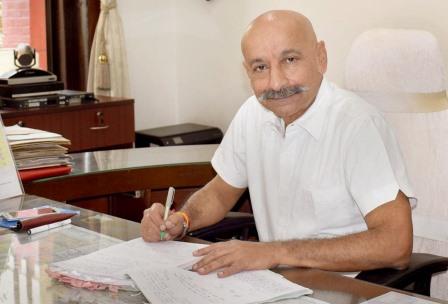 Bhubaneswar: Purnendu Shekhar Mishra has taken over the charge of Railway Board member (Traffic).

Prior to the new posting, Mishra was the General Manager of South Eastern Railway. He was in charge of East Coast Railway for a few months. Purnendu Mishra is a resident of Bhubaneswar.

He has worked previously in many crucial posts in East Coast Railway.

Mishra has taken charge of a most crucial part at Railway Board at a crucial time when many important projects are in crucial stage of construction or commissioning.

It is expected that he will take up various issues facing East Coast Railway and other parts of this region with various Stakeholders, including State Governments, and other Departments involved to expedite infrastructural projects.