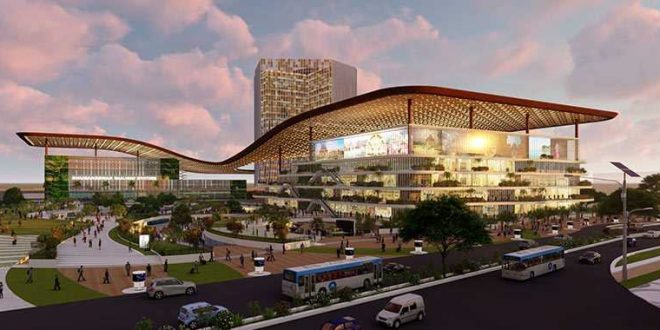 The MoU will be signed on Thursday in presence of Chief Minister Naveen Patnaik and senior ministers and officials of the state.

Guests to be present at New Delhi are Union Minister of Railways Piyush Goyal, Petroleum & Natural Gas Minister Dharmendra Pradhan and Chief Minister Naveen Patnaik will be on Video conference link from Bhubaneswar.

The railway station will be completely overhauled to develop a multi-modal hub. The existing station building will be demolished and an aesthetically designed multi-storey iconic building with the station at the ground floor will come up.

Area adjoining Bhubaneswar Railway station is proposed for development as Railway Station Multimodal Hub (RSMH) Project under Smart City Mission of Govt. of India. This project is being taken up by the Odisha government through the Bhubaneswar Development Authority (BDA).

Under the Bhubaneswar Railway Station Multi-Modal Hub, a new terminal building for the railway station, city bus terminal, public car park, dedicated pickup and drop off lanes for taxi, auto-rickshaws and other vehicles would be developed.

Besides, theatre plaza, art plaza and children’s plaza along with food courts will come up.

The new station building and the two new railway lines with platforms will be developed in an integrated manner over the land belonging to Railways and Govt. of Odisha. The proposed building will have G + 5 floors of which G+2 floors will be earmarked for the use by Railways. The area earmarked for Railways will be 1.74 lakh sqft.

Railways will invest Rs 70 crores (approx) including the construction of two additional lines with one platform, full covershed, extension of FOB and all modern passenger amenities etc.

Government of Odisha will invest Rs. 60 crores (approx) for construction of the new Station Building having G+2.