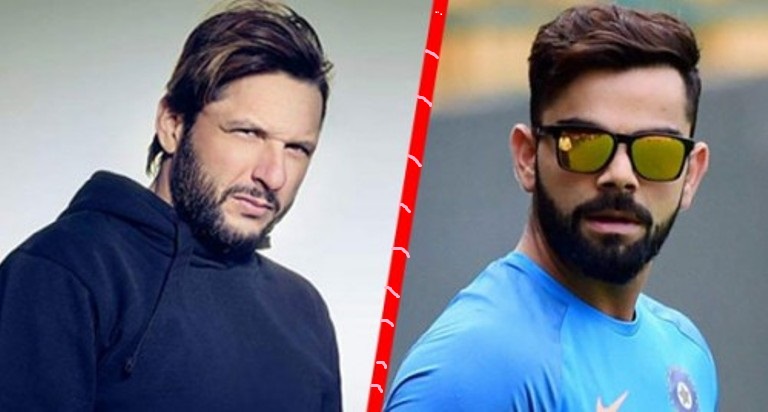 While there are many cricketers who have earned accolades with their batting and bowling skills on the field, there are some handsome cricketers who can give many actors a run for their money. Their performances on the field and attractive looks helped them earn massive fan base across the globe.

We have created a list of some handsome and smart cricketers in the world.

Virat Kohli, who is breaking records after records, is the current Indian captain. A right-handed top-order batsman, Kohli is regarded as one of the best batsmen in the world. Married to Bollywood actress Anushka Sharma, he is one of the hottest cricketers in the world and is quite a sensation among girls. His trademark beard has become a nationwide trend.

The South African-born England cricketer is one of the hottest cricketers. He is a right-handed batsman and occasional off spin bowler. He has played in all three formats for England between 2005 and 2014. Known for his fashion styles, he has an attractive personality.

He is a former New Zealand batsman and captain. Brendon McCullum was born on 27th September 1981 in New Zealand.  He looks attractive with his mesmerizing eyes and stylish tattoos. He has also proved with his bat. McCullum recorded the fastest test century of all time.

The stylish-left-handed opening batsman is a former captain of the England Test and ODI teams. Alastair Cook was born on 25th December 1984 in England. He holds a number of international records. Sir Alastair Cook is the first cricketer since former England captain Ian Botham in 2007 to receive the knighthood.

One of the fastest bowlers in the world, Brett Lee is an Australian former international cricketer. He is among the most charming cricketers. After impressing us with his bowling skills on the cricket field, Brett Lee had also descended into the field of acting. He acted in the Indo-Australian film UnIndian opposite Tannishtha Chatterjee.

MS Dhoni is one of the successful Indian captains. Known as captain cool, Dhoni is one of the most handsome and stylish players. His earlier style of long hair was very fashionable and it was emulated by the youngsters. In a survey conducted last year, Dhoni was the top-ranked sportsperson. He was second in the list topped by India Prime Minister Narendra Modi.

Mitchell Johnson is an Australian cricketer. He has the looks to impress anyone. With tattooed arms and cute dimple on the cheeks, the all-rounder looks very attractive.

AB de Villiers is a player from South Africa. Known for his unique batting styles, he is one of the handsome and smart cricket players.

Born in Ireland, Eoin Morgan is a cricket player from England. He has attractive brownish-black hair and blue eyes, which can impress many. He is one of the handsome and smart cricketers in the world.