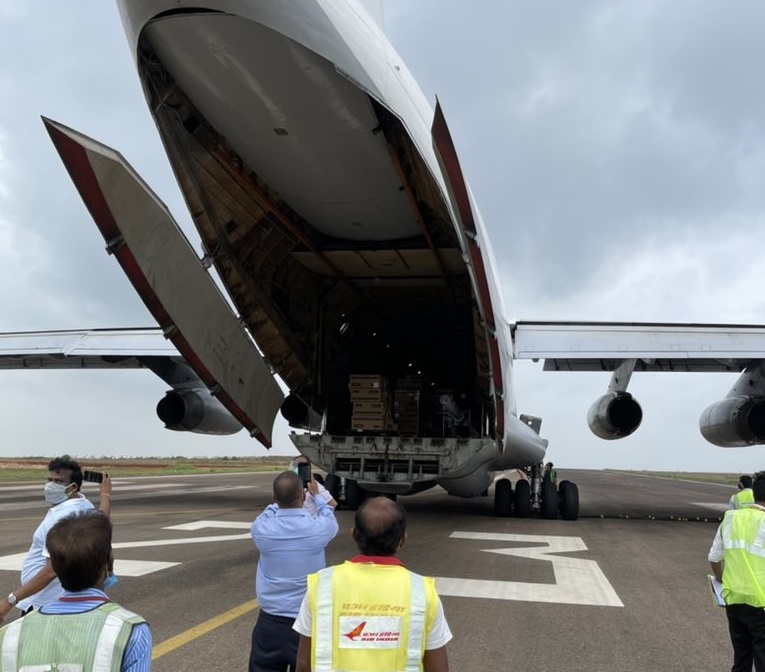 “A freighter from China landed in bbsr directly carrying oxy cylinders. A first for the country. A step ahead in dev oxy security. Hon CM has directed no patient shall suffer for want of oxygen in Odisha,” tweeted Tripathy.

He said the state government is ensuring efficient distribution of oxygen cylinders to all medical institutions and developing reserves.