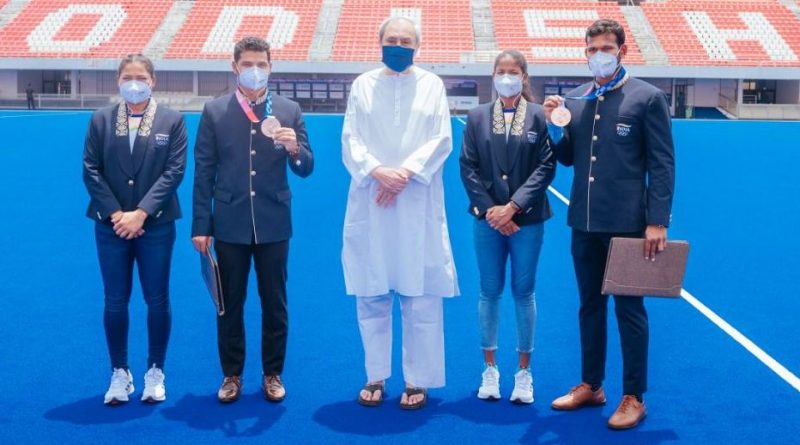 Bhubaneswar: While Prime Minister Narendra Modi hosted the Olympic-returned Indian athletes for breakfast at his residence on Monday, Odisha Chief Minister Naveen Patnaik will host the hockey players for dinner on Tuesday.

The Indian men’s and women’s hockey players will arrive at Bhubaneswar at 11.10 am on Tuesday. They will be welcomed by Sports Minister Tusharkanti Behera.

In the evening, a special felicitation ceremony will be held at the Lokseva Bhawan convention hall. Later, hockey players will attend a dinner hosted by the Chief Minister.

The Odisha government is sponsoring both men’s and women’s hockey teams.

One day after praising the athletes for their stellar performance in the Olympic Games from the Red Fort, PM Modi hosted the entire Olympics contingent for a felicitation ceremony.