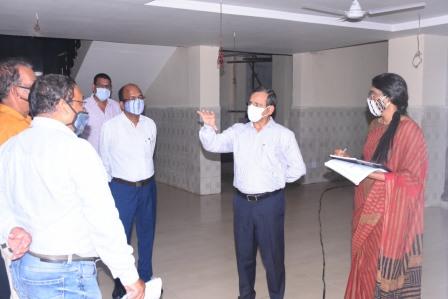 He made a field inspection of the old age home at Saratoga and other developmental projects.

Replying to the media query after the review in Zilla Parishad hall at Phulbani, Mahapatra said that in last years, there had been significant progress in Kandhamal district.

He also said that the constitution of medical college was full swing. All steps were being taken to complete the construction within the scheduled timeline.

The scope for further development of horticulture and tourism activities were explored in the meeting.

The Chief Secretary said that the Eco retreat hub at Daringibadi was quite successful in the last year.

This year, a five-year-long eco-retreat hub would be set up at Daringibadi which would attract tourists throughout the year.