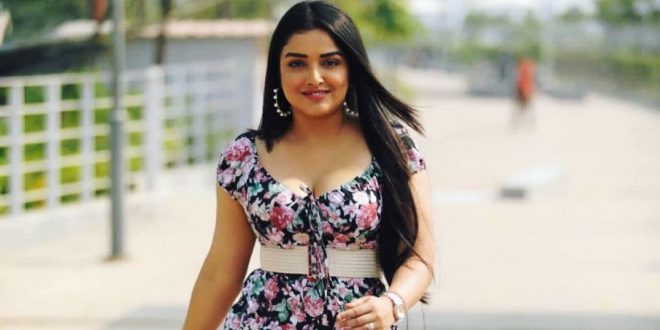 Amrapali Dubey having fun with this actor, video viral


Bhojpuri actress Amrapali Dubey has a good fan following on social media. Dinesh Lal Yadav’s pairing with Amrapali is considered one of the most romantic couples in the Bhojpuri industry.

Recently, the actress has shared a video of herself. In a few hours this video has got millions of views. In this video, the actress is seen with Pravesh Lal Yadav.

In the video, both are seen dancing to the song ‘Tumse Pyara Koi Nahi Hai’. As always, Amrapali was seen impressing her audience with her killer performances.

The actress looked very beautiful in this dress. While sharing this video, it was written in the caption, ‘Raur chakkar chaleta kehun aur se’.

The trio of Amrapali Dubey, Dinesh Lal Nirhua and Kajal Raghavani is going to be seen in ‘Sada Suhagin’. Producer and director of Bhojpuri industry Pradeep Sharma is making this film.

Pradeep says that his film is going to be different from other films. It will be a family film.