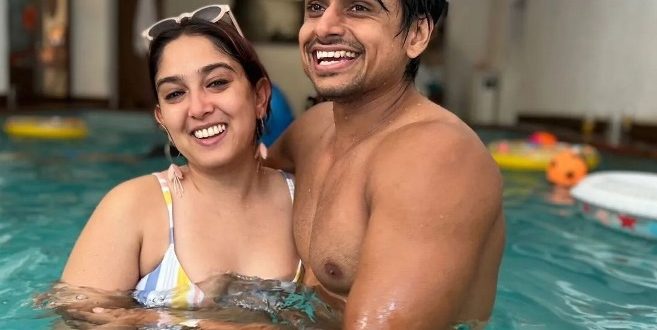 On Sunday, Ira Khan took to Instagram and posted a picture of herself along with her boyfriend Nupur Shikhare. She extended her support for her father Aamir Khan’s upcoming film Laal Singh Chadha, ahead of its release.

In the picture, Ira and Nupur can be seen twinning in black. Her boyfriend donned a black t-shirt, while Ira opted for a sheer black top with a black bralette underneath that. The two smiled for the lens, as Nupur put his hand around Ira’s waist.

Ira posted the image and captioned it as, “Hey @nupur_shikhare #laalsinghchaddha,” a shout-out to Aamir’s movie.

‘Laal Singh Chaddha’ is an official Hindi adaptation of the Academy Award-winning 1994 film Forrest Gump, which had Tom Hanks in the lead role. It is scheduled to release on August 11 this year. Kareena Kapoor Khan and Mona Singh are also a part of the film.