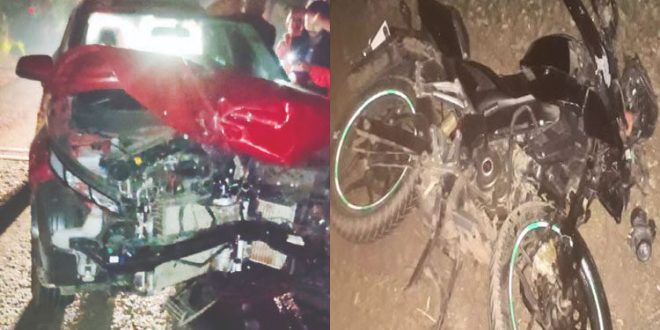 
Cuttack: Tension prevailed at Dalkhai square after the car in which popular opera (jatra) artiste Rani Panda was travelling allegedly hit a two wheeler on Mundali-Athgarh road on Friday night.

The bike-rider was killed in the accident, said police on Saturday.

Rani Panda’s car collided head-on with the bike at Dalkhai square. As a result, the rider was injured grievously and rushed to the SCB Medical College and Hospital in Cuttack for treatment. However, later he succumbed to his injuries in the wee hours of Saturday.

After tension prevailed in the area, Panda was taken to Athgarh police station for further questioning in connection with the incident.

While the driver of the car has been detained by the Athgarh police, Rani Panda was released from the Police Station after initial questioning, late Friday night.