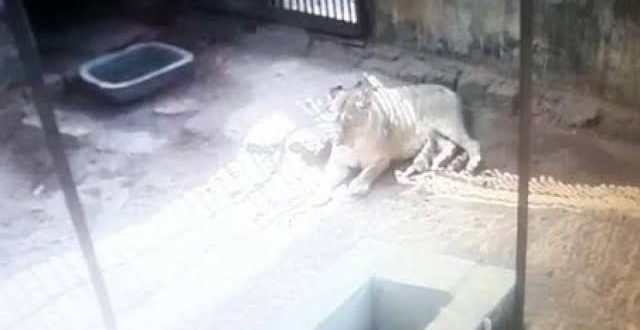 However, two of its cubs died after the birth while the health condition of other two is said to be fine.

The lioness became mother for the first time but it didn’t accept the cubs and feed milk.

Special medical treatment is being given to the two alive cubs and the cubs are under CCTV surveillance, said an official.