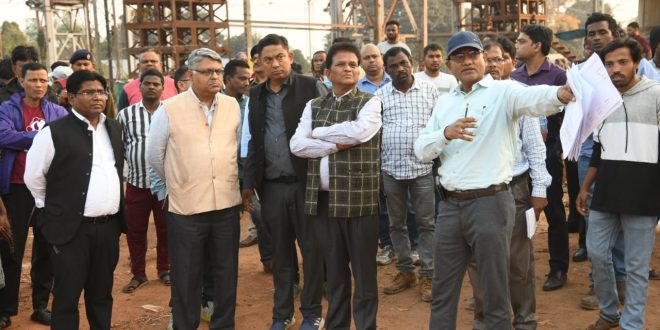 He also advised officials to focus for the speedy completion of project especially, passenger centric amenities. The 15.5Kms stretch Railway section between Nuagaon and Dasapalla has been targeted to be completed by March 2023 has 57 Minor & 3 Major Bridges along with 15 Road Under Bridges (RUBs) and 04 Road Over Bridges (ROBs). Estimated cost of this section is Rupees 190 crores.

Minister of Railways Ashwini Vaishnaw is giving priority for the Development of railway infrastructure of the region along with various project works going in Odisha and also is monitoring the developmental works regularly.

Vaishnaw also advised Railway officials of ECoR to work with proper coordination with the all agencies from the grassroots to sort-out land acquisition and other issues raised during construction of the much awaited public centric project.