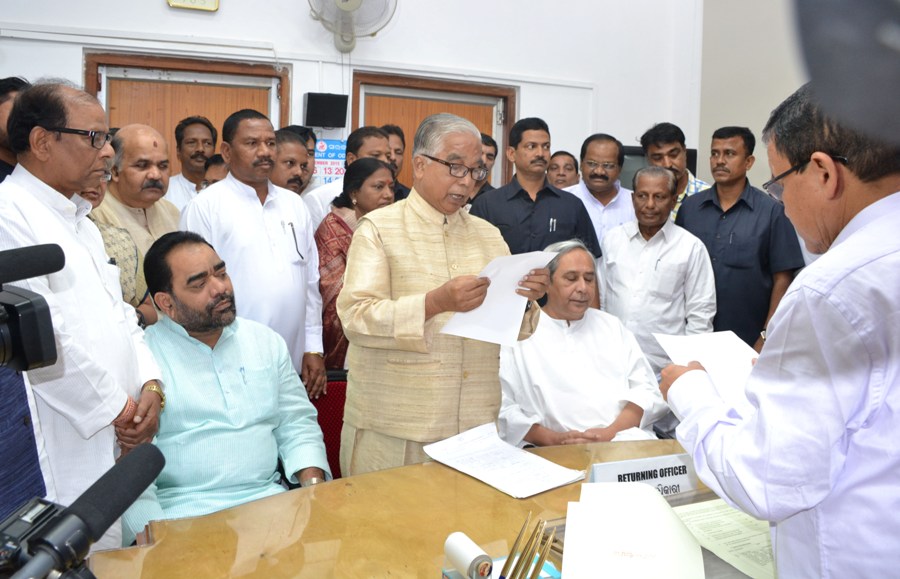 Swain filed his papers on the last date of filing of nominations before returning officer-cum-assembly secretary Amiya Kumar Sarangi. He was accompanied by Chief Minister Naveen Patnaik and other senior leaders.

Besides Swain, another person Ganeswar Mishra has filed nomination paper for the by-poll. However, his candidature would be rejected as he has no proposer.

The BJD candidate is all set to win the election with party’s brute majority in the state assembly.

The party has 117 MLAs in the 147-member House while opposition Congress has 16 MLAs followed by BJP’s ten members.

“In Rajya Sabha, my stand will be for the overall development of Odisha as dreamt by Biju Babu. I will support my party’s demands which are being made in the Upper House,” Mr Swain told reporters after filing his papers.

Verification of the papers will be done on December 4. The last date for withdrawal of nominations is December 7. Congress, BJP have already said they are not going to field candidates for the Upper House.

“BJD has 117 members in the House, and we have only 16. This is the reason why Congress has decided not to field any candidate for the Rajya Sabha election,” said Leader of Opposition Narasingha Mishra.

The lone Rajya Sabha seat had fallen vacant after the death of BJD’s Kalpataru Das in July this year. While he was elected to the Upper House in April 2014, his tenure was supposed to end on April 2, 2020.