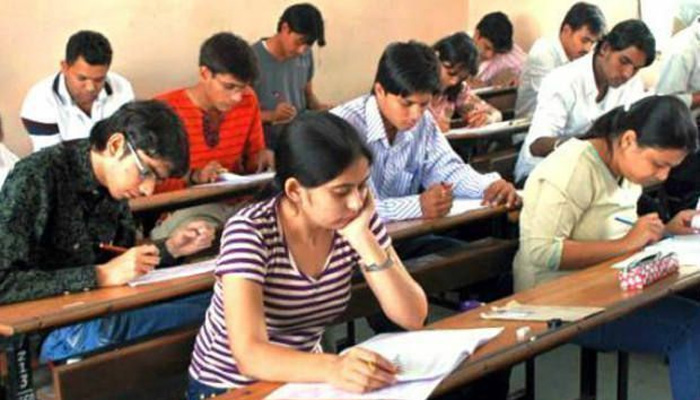 They are in a state of uncertainty over participating in the examination.

The state government is yet to explain its stand on whether the admission of the students would be made in different engineering colleges in the state through JEE Mains or succumb to the pressure of private engineering colleges to hold OJEE that would facilitate to fill up at least some vacant posts of their colleges like every year.

“We are in two minds whether to appear OJEE or JEE Mains as the Odisha government is yet to make a decision in this regard. We don’t know what to do. It increases pressure on us”, said a student.

Another student Rajesh Behera said that he has made up his mind to appear JEE Main exam as it would allow him to take admission in various reputed engineering institutions across the country.

He is, however, waiting for the decision of the state government whether it would participate in the JEE Main or conduct OJEE.

“The government is seriously working on it, and there are various aspects to be taken into consideration while making a decision about it. Once we get the clarification from the government, we would inform the students and parents about the guidelines for admission for 2016 in various government and private institutions”, Tushar Kant Nath, OJEE chairman, said.

Odisha, like several other states, has been participating in the JEE Mains since the last two years.

But Odisha Private Engineering College Association (OPECA) has been demanding to conduct OJEE following which the government had sought suggestions from the Law Department and Advocate General for this year’s course of action.

Both the Law Department and the Advocate General had stated that the state government should conduct OJEE as per the rule under Section-3 of Odisha Professional Education Act.

The association has been arguing that the government’s move violates the Odisha Professional Educational Institutions (Regulation of Admission and Fixation of Fee) Act, according to which the OJEE is mandatory.

“Giving respect to the law of the land, OJEE should be conducted this year”, said OPECA secretary Binod Das.

Last year, the association had moved the high court challenging the government’s decision to join the JEE (Mains) for admission to BTech courses in the state.

The court had directed the government to conduct the OJEE for students who had not appeared for the JEE (Mains) and wished to get admission in BTech courses in the state.

However, as per the proposal of Cabinet sub-committee, Odisha can participate in JEE Mains if it wants to.

Students will be eligible to participate in the admission process of 18 IITs, 31 NITs, 18 IIITs, 34 deemed universities, 11 central technical institutions, ISM-Dhanbad besides several engineering colleges in the State if they qualify JEE Mains.

As per the release of CBSE, Gujarat, Madhya Pradesh, Haryana, Uttarakhand, Nagaland and Odisha have been included in JEE Mains.

The CBSE notification said the JEE Main offline examination for engineering stream would be held on April 4 between 9.30 am and 12.30 pm while for architecture stream, it will be from 2 pm to 5 pm.

The online JEE Main examination would be held on April 10 and 11.The students have to apply and deposit their examination fee online through JEE website www.jeemain.nic.in

The results of the examination would be announced on June 18.