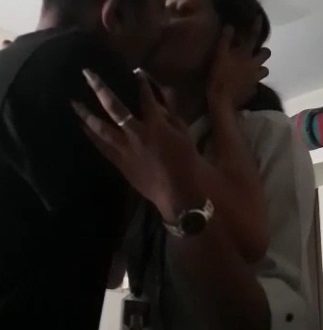 
In a shocking incident, a video of students of a college engaging in lip-locking in the presence of others at a private residence has gone viral on social media. This has stirred controversy.

In the viral video, a college boy and girl getting into the act as others in the room cheer for them. A group of students held a lip-lock competition among themselves. The students in uniform can be seen challenging each other for intimate actions in the video.
It seems, the video was recorded by one of the students and later shared on social media.

According to reports, the Mangaluru police have arrested the boy in the video involved in the lip-lock. The police are also verifying whether the students had consumed drugs.