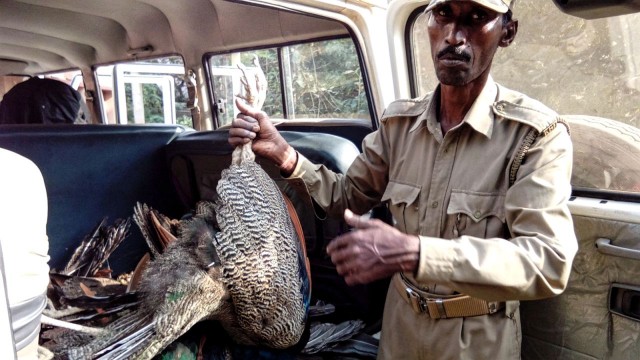 BHUBANESWAR: The death of 20 peacocks and other birds in Odisha is not due to bird flu, confirmed Bhopal’s National Institute of High Security Animal Diseases Hospital.

Fisheries and Animal Resources Development Department Bishnupada Sethi said the Bhopal Institute has confirmed that the 20 peacocks and other birds that were found dead in a forest of Khurda district did not die from avian influenza ( bird flu ).

“The scientists of HSADL said that there was no sign of bird flu in the first sample sent to the laboratory. Besides, after examining the second samples, they have informed us that no virus of avian flu was found in the swab. A detail study report is awaited in this regard,” said Sethi.

The swabs were sent to the Bhopal-based HSADL to determine the cause of the mysterious deaths of multiple species of birds, a majority of them peacocks, in Madhupur village forest in Khurda district.

“The Odisha University of Agriculture and Technology (OUAT) authorities will conduct more tests to ascertain the cause of death that will take some time,” said Sethi.

On December 7 evening, at least 24 carcases of peacocks, crane and crow were found in Madhupur village of Khurda district, fuelling apprehension that the deaths occurred due to avian influenza.

Officials said they suspect poisoning, accidental or deliberate, to be behind the peacock deaths. But it can be ascertained only after the post-mortem of the carcases were done.