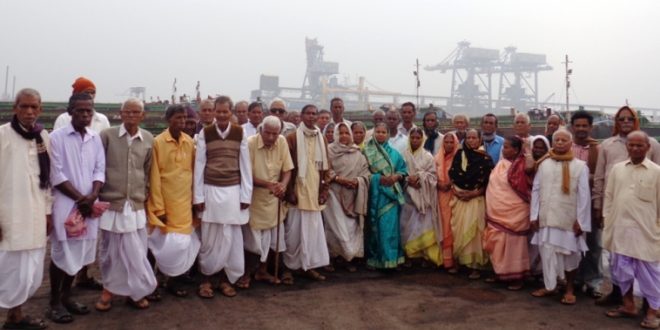 DHAMRA: Nearly 40 senior citizens of Dhamra and nearby areas went on a familiarisation trip to Dhamra Port, on the occasion of 4th anniversary of the port on Friday.

The senior citizens, who were special guests of the port for the day, went inside the port area to see the operation and expansion works. They were explained about the port and railway functioning and taken on a bus ride to see various other ancillary establishments.

At a special function organised in the port premises the senior citizens were felicitated by Dhamra Port Company Ltd (DPCL) CEO Subrat Tripathy in the presence of other senior officials of the port.

A mini marathon as organised by the port in the morning in which nearly 150 officers participated.

Cultural programmes were also organised in the evening, wherein child artists from Dhamra Port locality performed ‘Laudi’ dance. This was followed by a musical presentation by popular Odia singers.

Dhamra Port was formally inaugurated on December 18, 2011, by Chief Minister Naveen Patnaik. However, commercial operations of the port had commenced on May 6, 2011. Presently, Dhamra Port has two fully mechanised berths and a fully electrified rail link of 62 km joining Dhamra with Bhadrak on the Howrah-Chennai main line.

The Port, which is a wholly owned subsidiary of Adani Ports and SEZ, is in the expansion mode at present.