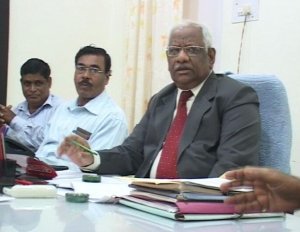 BHUBANESWAR: The Justice AS Naidu Commission probing the 2008 Kandhamal riots on Tuesday presented its report to the Odisha government.

“The commission has compiled the final report in two volumes with a total of 1020 pages. During the investigation, a total of 825 affidavits were filed while 300 persons had deposed before the commission as witnesses of which, 78 are government employees and 222 general public,” Patnaik told reporters.

Without divulging much about the report, he said the commission, in the course of its investigation, has verified documents of about 4,000 pages.

The state government had instituted the panel on Sep 8, 2008 after the ethno-communal riots broke out in Kandhamal district and other parts of the state following the murder of Vishwa Hindu Parishad (VHP) leader Swami Lakshmanananda Saraswati and four of his associates at his Chakapada Ashram on Aug 23, 2008.

The killing had triggered communal violence in Kandhamal and adjoining areas in which at least 38 people were killed, said sources.

Initially, Justice Sarat Chandra Mohapatra was entrusted to conduct the inquiry over the Kandhamal riots, but after his death, Justice AS Naidu was appointed to head the one-man probe panel in 2012.

The commission was entrusted to probe the sequence of events and circumstances leading to the murder of Saraswati and the role of individuals and organisations in precipitating the ethno-communal riots.