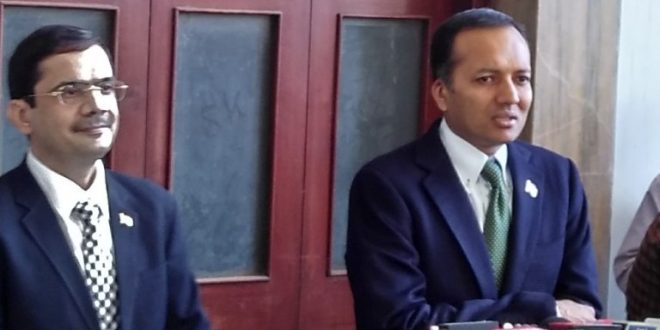 Priority should be given to end use plants in auction: Jindal to Odisha govt

BHUBANESWAR: Welcoming the notification for the auction of iron ore mines by the Odisha government, Jindal Steel and Power Ltd (JSPL) chairman Naveen Jindal on Monday said companies having end use plants with investment over thousand crores in Odisha should get priority in the auction process.

“This will benefit Odisha in creating more employment and bringing socio-economic development for people. This should be done speedily”, Jindal said after meeting chief secretary Aditya Prasad Padhi here.

“People of the state will not benefit if companies who do not have end use plants in Odisha get the iron ore mines,” he added.

This will ease the raw material availability for the end use plants in Odisha, which are facing difficult times. JSPL will consider for participating in iron ore auction by the government, he informed.

“Steel industries throughout India are in very bad shape. Companies are running at a loss because of dumping of steel at very low price by other countries. We are hopeful that the government will take necessary action to protect the steel industry in the country,” said Jindal.

In Odisha, there has been a huge investment in steel plants, which at present are running at a loss. Several sponge iron plants and pellet plants in the state are also closed down.

Thousands of jobs have been lost because of the closure of these plants. If this continues, it will have a negative impact on employment. The state government should take measures like increasing the availability of iron ore and coal as well as reducing the duty on iron ore so that the raw material prices decrease, he added.

“The duty on low-grade iron ore fines and that of high-grade iron lumps are same the State. This must change,” he demanded.

Besides water conservation fund and several other charges are also being applied on Industries. But industries are not in a position to afford these charges.

The government should have a supportive outlook for industries.

“When industries, which are creating employment and pay various taxes, are in a bad condition, it needs handholding from the government. We are grateful that much support is being extended by the government but a lot more needs to be done to make industries sustainable,” he said.

The Indian Steel Association has been requesting for rationalisation of duty on iron ore and implementation of Indian Bureau of Mines (IBM)’s Policy for royalty and duty on iron ore.

On Angul project, Jindal said that the first phase of the Plant in Angul is complete and fully operation.

Jindal also had a meeting with several officials of the state government.