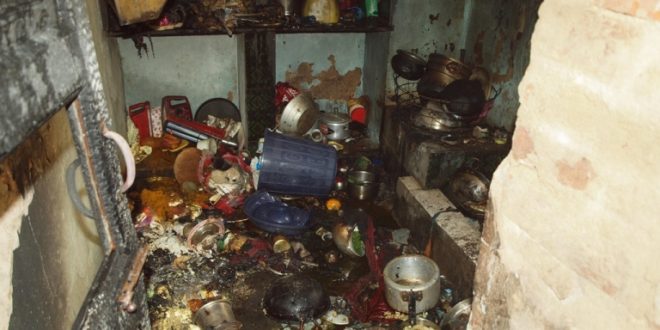 BHUBANESWAR: One person was killed, and three others were injured seriously as an LPG cylinder exploded in the capital city of Odisha on Wednesday.

The incident occurred in a government quarter in the Odisha University of Agriculture and Technology (OUAT) area at around 11.30 am.

The reason behind the explosion was yet to be ascertained.

Fire officials said the mishap occurred due to the explosion of an LPG cylinder but how the cylinder caught fire would be known only after an inquiry.

The mishap occurred in the house of Chandramani Nayak. While Nayak’s wife has succumbed to her injuries, he, his mother and son-in-law have sustained severe burn injuries.

Nayak and his mother have been admitted to the Capital Hospital while his son-in-law has been rushed to a private hospital here.