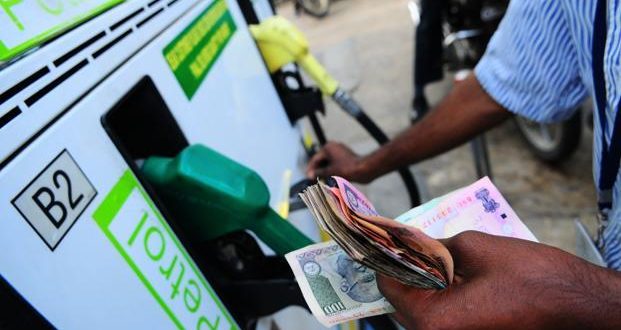 3% VAT hike on petrol, diesel in Odisha comes into effect

BHUBANESWAR: The state government decision to increase Value Added Tax (VAT) on petrol and diesel by 3 per cent has come into effect from today.

“By increasing the VAT by 3 percent on petrol and diesel, the state government will get additional revenue of Rs 361 crore per year. It would get Rs 90 crore additional revenue in the next three months during the current fiscal,” said Amat justifying the hike.

The state cabinet had decided to hike VAT on petrol and diesel on December 31 and had entrusted the responsibility to review the implications of the VAT hike and take a decision on the quantum of the hike to the Finance department.

In pursuance to this, the Finance department issued a notification citing a 3% increase in VAT yesterday, informed sources.

Meanwhile, the opposition Congress and BJP have come down heavily on the BJD government for putting a burden on the common people.

“While the people of Odisha are suffering from price rise of essential products, the state government, which only sheds crocodile tears, has hiked the price of petrol and diesel only to add burden on the common people,” said state Congress president Prasad Harichandan.

BJP legislative party leader Basant Panda said the state government’s move proved that it does not bother about the plight of the people in the state.