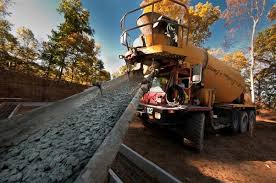 Chief Secretary directs to ensure 100% use of fly ash

BHUBANESWAR: A State level Workshop on the use of fly ash in Road Construction was organised under the joint aegis of State Pollution Control Board, National Thermal Power Corporation (NTPC) and Fly Ash Research Center (FARC) here today.

Advising the engineers and  road executing agencies to change their mindset towards the use of fly ash and use it as an asset, Padhi said, “We don’t have any choice than to increase the utilisation level to 100%.”

Reports suggest that the thermal grade of Indian coal contains 35 to 45% of ash resulting in the generation of a huge quantity of ash from power plants. This fly ash being light in weight is collected in electrostatic precipitator and bag filters connected to the boilers of the thermal plants. Presently around 25 million tonne of fly ash per annum is being generated from power plants which are likely to be doubled in coming years with the commissioning of new power plants under construction.

“The use of fly ash in construction works will be included in the project plans and be scrutinised at the time of giving approvals and sanctions,”  said Development Commissioner and Additional Chief Secretary, Finance R. Balakrishnan.

He also emphasised on identifying the causes that hinder the maximum utilisation of fly ash.