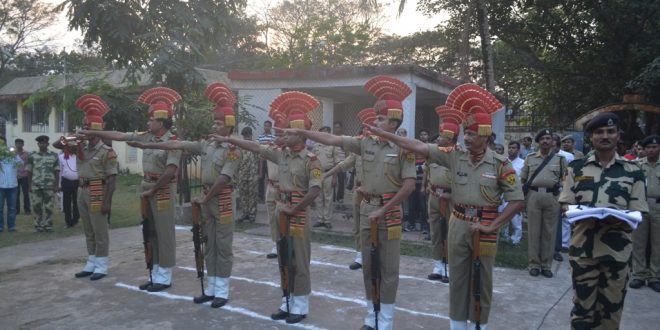 Bhubaneswar:  The body of slain BSF Jawan, Sunil Behera, who was killed by a landmine in Koraput district, was consigned to flames at Satya Nagar crematorium here on Saturday. He was cremated following a guard of honour by Commissionerate Police.

Two BSF jawan including deputy commandant Sunil Behera were killed on Friday when Maoists detonated a landmine in  Koraput district, while another BSF jawan was seriously injured in the attack. The explosion took place when a motorbike the three were riding ran over a landmine in Kaliajhula forests, Koraput Superintendent of Police Charan Singh Meena said.

The explosion occurred a few kilometres from where a businessman was shot dead by Maoists on Thursday night.

Maoists are observing a two-day ‘bandh’ in Nuapada, Malkangiri and Kalahandi districts from Friday to protest against ‘Operation Greenhunt’, a joint operation by security forces against Maoists.