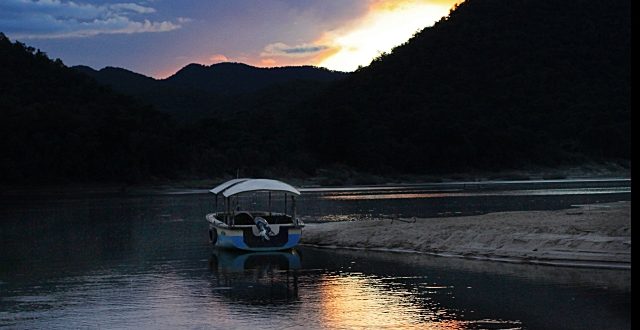 ANGUL: The tourist inflow to Satkosia reserve has increased manifold in recent months following the introduction of boating facility and various infrastructures to attract the tourists.

Sources said the onset of winter had given an impetus to tourist arrival to the site.

“We are receiving an overwhelming response from the public. Since Dec 6 last, the day we started boating at Satkosia, and tents are being offered as accommodation here, tourist arrival has increased,” Vijay Kumar Mishra, the deputy ranger of Mahanadi Wildlife Division, said.

Mishra added that facilities such as online booking of tents, boating, trekking, camp fires and such other attractions had improved the tourism potential of the site.

The tents and boating services were started by Eco Tourism Cell last month to attract more tourists to Satkosia reserve. The amenities have been provided at Satkosia Sands Resort at Badmul in Nayagarh district and are being managed by the cell, which works towards attracting greater footfall.

Tourists can book advance tickets of tents through mailing their requests at mahanadiwl.dfo@gmail.com.

Satkosia is located in a gorge along the Mahanadi and was designated a wildlife sanctuary in 1976. It is considered one of the richest ecosystems in the country as it harbours diverse flora and fauna.

In 2007, the sanctuary was declared a Tiger reserve that covers Satkosia Gorge Sanctuary and Baisipalli sanctuary which lie side by side.

Besides the opportunities the sanctuary offers visitors in terms of sightings of different species of birds, crocodilians and butterflies, the site offers treks into the jungle and multi-cuisine food.

Walks along the Mahanadi river, Gokulananda temple at Sidhamula and the deer park and Kuanria Dam are some other attractions.

Meanwhile, enumeration of migratory birds and crocodiles in the Mahanadi at Satakoshia in Angul district began this morning. The counting of birds would continue till January 13, informed the Satakoshia DFO.

According to him, birds will be counted in four divisions. A total of 14 teams wildlife officials has been engaged in the enumeration work.

The bird census in the Hirakud reservoir will be concluded on Saturday, informed the Hirakud Wildlife DFO.

A total of 13 teams, including two at the Burla Power House, were engaged in the bird counting in the reservoir.