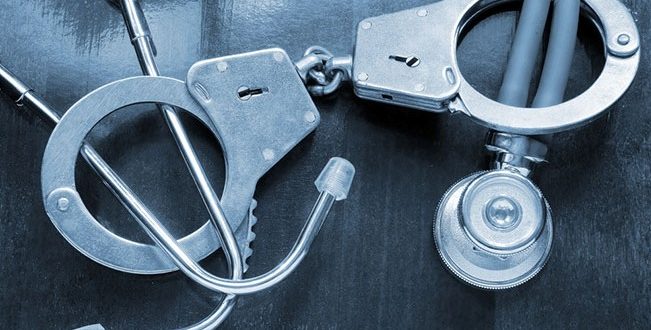 BHUBANESWAR: The vigilance sleuths on Wednesday caught a lady doctor red-handed while accepting a bribe of Rs 3,600 from the husband of a pregnant woman for conducting an operation in Odisha.

The doctor was identified as Kiran Prava Dungdung, gynaecologist, posted at the Sub-Divisional Hospital of Birmaharajpur in Subarnapur district.

Officials of the Sambalpur Vigilance Division recovered the bribe money from her possession.

The lady doctor accepted a bribe from one Ranjan Meher of Nuapali village under Birmaharajpur police station area, for operation charges.

The complainant Ranjan Meher approached the vigilance department and subsequently a trap was laid.

Meher said his wife Jayanti was admitted to the Government Hospital on January 7 and delivered a baby next day. However, Dr Dungdung allegedly demanded illegal gratification of Rs 3,600 as operation charges of his wife.

The investigation into the matter was on, the official said.