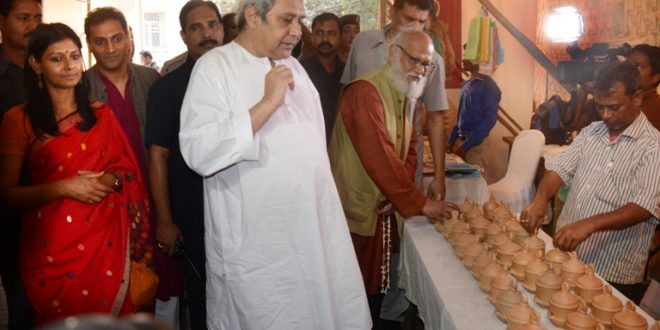 Craft museum in Bhubaneswar to come up: CM

BHUBANESWAR: Odisha Chief Minister Naveen Patnaik on Friday said the state government would establish a Craft Museum in Bhubaneswar over a sprawling area of about 12 acres, which will be first of its kind in Eastern India.

Appreciating the initiative of JDCA aimed at the greater exposure to art and artists, he announced that the government has decided to partner this event fully from next year onwards.

“JDCA’s expertise in bringing quality films will benefit our art lovers, filmmakers and audiences at large. Odisha’s greatest treasure is its rich cultural heritage, and we must make all possible efforts to put it on the art map of the globe,” he added.

He said Odisha is gifted with many talented artists who belong to traditional as well as the contemporary world of painting, sculpture, dance, music, weaving, etc.

“We have experts, master craftsmen and hereditary practitioners of various forms of arts and crafts, and music. Ours is a veritable treasure house of many traditional and folk dance forms,” said the Chief Minister.

Art and crafts have their presence in the lifestyle of Odias. The State Government has shown ample enthusiasm for promotion, conservation and worldwide appreciation of Art and Craft of the state, he added.

He said Raghurajpur in Puri district has been declared and nationally recognised as the model craft village where everybody in the families is engaged in Patta paintings.