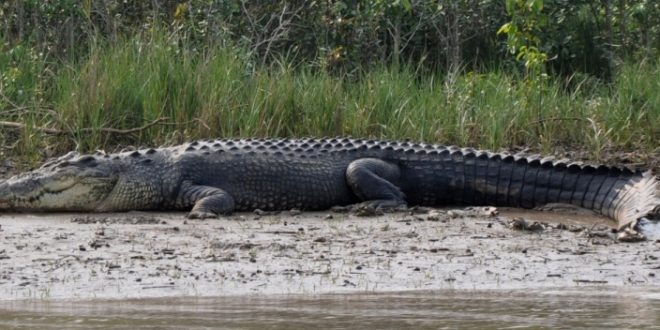 RAJNAGAR: The number of estuarine crocodiles in the Bhitarkanika National Park in Kendrapada district has increased to 1671 this year, according to the latest census report of wildlife department of Odisha.

Last year, 1665 crocodiles were spotted in the wildlife sanctuary.

The census report said a total of 1580 crocodiles were sighted in the Bhitarkanika National Park while 1284 were found in the Kanika range and 296 in the Rajnagar range.

Besides, 69 in the Mahakalpada range and 22 in the Gahiramatha range were found during the enumeration of the reptiles, the report said.

Besides, 32 crocodiles were located in nearby river and nullahs in the area.

The crocodile census was undertaken by 26 teams in the wildlife sanctuary.