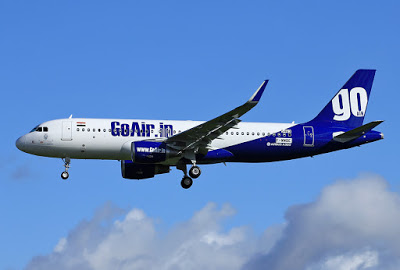 BHUBANESWAR: A hoax call about presence of bomb inside Mumbai-bound Go Air flight from Biju Patnaik International Airport here made an emergency landing at Nagpur airport on Saturday.

The Bhubaneswar airport authority received three calls about the presence of bomb inside the flight forcing them to land the flight carrying 155 passengers onboard at Dr Babasaheb Ambedkar International Airport in Nagpur.

A Delhi-bound Indigo flight was also checked, which was about to take off, at the airport in the morning.

However, it was later confirmed as a hoax as no suspicious object was found on the plane.

“One unidentified person made three phone calls to airport manager stating that bombs have been planted in Go Air flight and Indigo flight. He also used slang words to the manager. After getting the information, we immediately made an emergency landing of the Mumbai-bound flight at Nagpur and undertook bomb threat assessment,” said Bhubaneswar airport director Sarad Kumar.

According to airport sources, the Mumbai-bound flight took off from Biju Patnaik International Airport here at 8.20 am on Saturday. As many as 155 passengers were on board out of which 123 were from Bhubaneswar.

After a thorough check of the flight by CISF personnel, it was confirmed that the information provided by the caller was a hoax, he added.

Bhubaneswar DCP Satyabrat Bhoi said the police are trying to trace out the person who had made such hoax calls to the airport authorities.