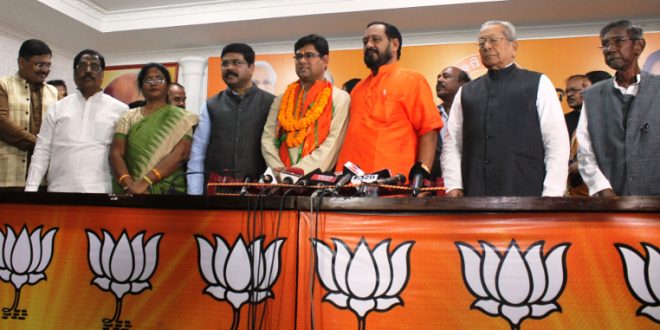 Singh, who had recently resigned from BJD alleging that he was neglected by the leaders of the ruling party, said that he joined BJP being impressed by Narendra Modi’s call for ‘Sabka Saath Sabka Vikash’.

“Whatever I can do for the party, I will do. I will try to strengthen BJP in my area in coming days,” said Sidhartha.

Singh along with his supporters joined the saffron party in the presence of several senior leaders of BJP at party headquarters.

Pradhan said that the joining of the former MLA would boost the party morale in Nayagarh district and strengthen the party base.