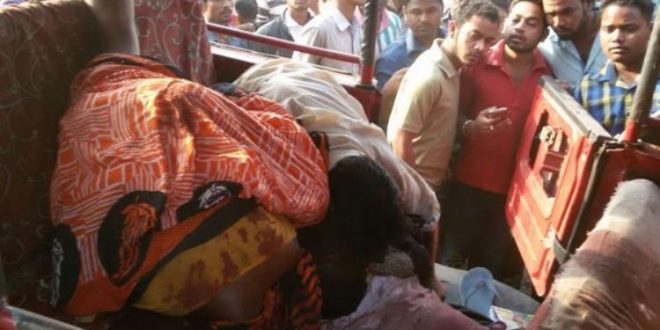 9 killed in road accident in Odisha

BHUBANESWAR: At least nine persons including two women were killed when a speeding coal-laden truck rammed into a Tata Ace in Odisha’s Angul district on Monday.

The driver of the coal-laden truck lost control on the wheel and ran over the mini transport vehicle killing seven people on the spot at Chainpal in the district, said Subhrakant Mallick, Banharpal police station inspector-in-charge.

He said two persons died while undergoing treatment at the district headquarters hospital.

The driver of the coal-laden truck has also been injured in the accident and admitted to the hospital.

Meanwhile, the locals have resorted to road blockade demanding Rs 10 lakh compensation to each deceased family and stop plying of coal-laden trucks in the daytime.