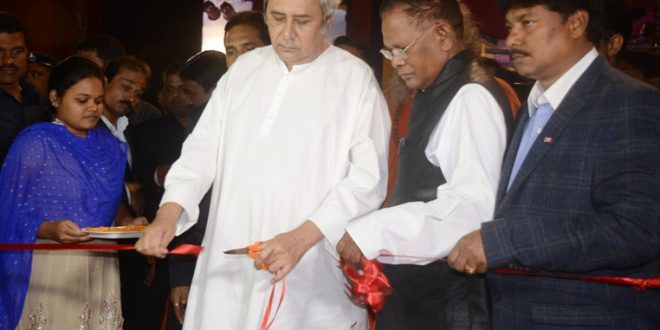 BHUBANESWAR: Showcasing their culture and way of living, the annual Adivasi Mela has kick started at the sprawling Adivasi Ground here.

The fair serves as a mini tribal museum that enlightens people about various tribes in the state.

“Opened Adivasi Mela; hasI’m sure like every year ppl will visit the mela in large numbers & appreciate our rich heritage,” tweeted Patnaik.

The venue has been divided into six sections highlighting art and crafts, food, dwellings and lifestyle of tribals in the state that has 62 tribes and 13 Particularly Vulnerable Tribal Groups (PVTGs). Each section has been thematically designed.

The fair is bigger than the last year with 170 stalls coming up at ground that has been given the look of a tribal village, said sources.

The festival, besides the regular collection of handicrafts and colourful daily cultural evenings, will have an Adivasi Haat where visitors can buy household commodities like herbs and spices in their purest forms.

ATM facility, too, has been made available at the fair. A section would be dedicated to promotion of small-scale industries and innovations in the tribal sector.

The model huts of different tribes are one of the major highlights of the fair. This time, 29 huts have been prepared by 21 ITDAs and eight by PVTGs. At the crafts section, visitors can explore tribal handicrafts like black dokra, terracotta pottery, cane handicrafts, paddy craft, wooden sculptures and tribal jewellery.