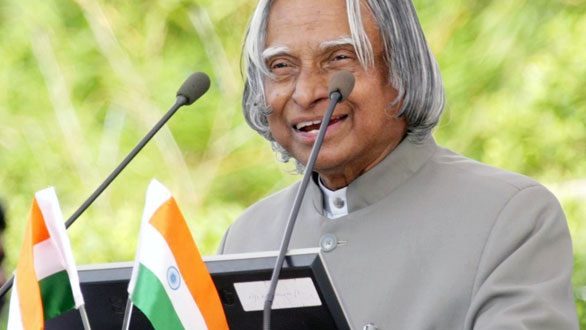 BALASORE: A black stone statue of former President of India A.P.J. Abdul Kalam was unveiled at Chandipur on sea beach near the Integrated Test Range (ITR), considered as his ‘theatre of action’, 15 km from Odisha’s Balasore on Friday.

Odisha Chief Minister Naveen Patnaik unveiled the eight feet high statue of the former President, who was working as a scientist here.

“I feel proud to unveil the statue of Bharat Ratna A P J Abdul Kalam, who dedicated his life for nation building,” said the Chief Minister.

The initial fund has already been allocated for the purpose, he said.

Kalam had a long association with Balasore district. Under his guidance and leadership the present Integrated Test Range, a unit of Defence Research and Development Organisation (DRDO), was developed to a full-fledged test range.

In 2012, while addressing school students as former President at the golden jubilee celebration of a High school in Balasore district on January 7, Kalam had recalled his long association with Balasore and Chandipur.

He had then said,”I spent nearly a decade in Chandipur (ITR) during my service tenure in DRDO in the missile development programme. Chandipur is a beautiful place; the atmosphere is calm and serene. We have a beautiful lake in the ITR and hundreds of birds visiting the lake make it more beautiful.”

Kalam had last visited the ITR campus to inaugurate an international seminar on range technology held on November 28, 2006.