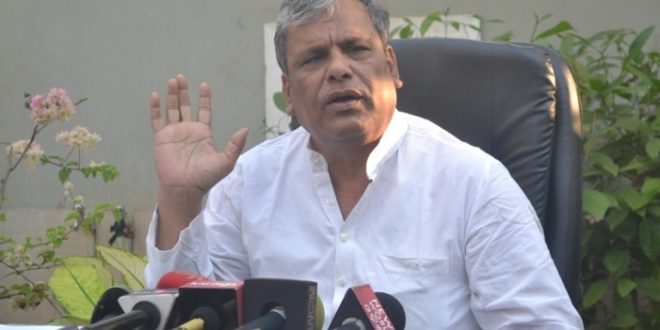 BHUBANESWAR: With barely a week left for the inauguration of Indian Oil’s refinery plant at Paradip by Prime Minister Narendra Modi, the three major political parties are at loggerheads to take credit over the materialisation of the 15 MMTPA refinery project in Odisha.

While the ruling BJD and BJP leaders continue to indulge in the war of words as each tried to claim the credit for the mega plant, the Congress on Sunday joined in the chorus by mocking both the parties for taking the credit away from the grand old party.

Former Chemical and Fertilizer Minister and senior Congress leader Srikant Jena said the UPA government is responsible for grounding the project in the state.

Jena said Narendra Modi government has no contribution to the project while the Odisha government is responsible for delaying the implementation of the project that led to Rs 5,000 crore cost overruns.

However, the refinery project was put on hold after the Odisha government led by Naveen Patnaik did not agree to VAT deferment clause citing that it would lose Rs 1000 crore revenue per year in 2002.

The senior Congress leader said the Congress government led by JB Patnaik in the state had agreed to provide incentives in 1997-98.

He said due to non-cooperation of the BJD government, the project got delayed and led to cost overruns of Rs 5000 crore.

“In 2004, the state government agreed to provide incentives to the project after UPA government put pressure on it,” he added urging Narendra Modi and Naveen Patnaik to spell out the truth during the inauguration of the project.

In no mood to cede an inch, the BJP leader Suresh Pujari said former Prime Minister Atal Behari Vajpayee had laid the foundation stone of the plant and the present Prime Minister Narendra Modi will dedicate it to the nation.

“She, who delivered the baby, should get the maternal rights. Attempting to take credit for everything is ridiculous,” Pujari said.

However, the ruling BJD is in no mood to swallow the allegations.

BJD vice-president Damodar Rout said Odisha had given land, water, electricity and all other required support for construction of the refinery project.

Hence, the NDA government’s sole claim of credit for the project was misplaced and unjustified, he added.