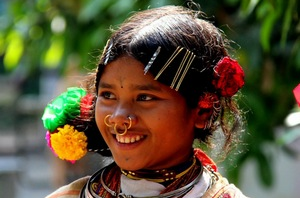 Naveen to Oram: Release fund for strengthening education of PVTGs

In a letter to Oram on Wednesday, Patnaik urged to release funds under the “Strengthening education among ST Girls in low literacy district” scheme to the state.

He said the PVTG areas have very low levels of female literacy for which 19 educational complexes were set up to bridge the critical gaps in education.

Odisha has 13 out of the 75 PVTGs identified in the country.

The Ministry of Tribal Affairs has been providing funds under the scheme ”Strengthening Education among ST Girls in low literacy district” since 2008-09 for managing these educational complexes.

These educational complexes are being managed by the Odisha Model Tribal Education Society (OMTES), a Government sponsored society.

“It is a matter of concern that funds under the scheme have not been released to the state government, for the years 2014-15 and 2015-16. The state government in the meantime has incurred expenditure out of its resources, which is putting extra financial burden on the already stretched revenue resources of the State,” said Patnaik.