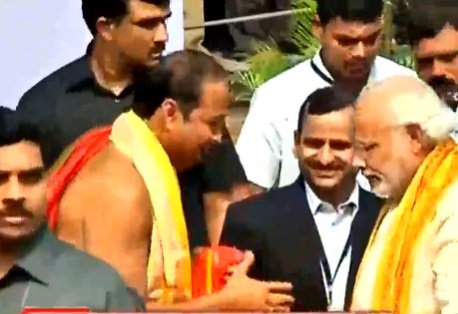 The servitors and Shree Jagannath Temple Administration welcomed the Prime Minister and took him inside the temple premises to have the darshan of the trinity.

On returning, Modi was presented a ‘Pattachitra’.

After landing at the helipad, he waved his hand to the gathered people by standing on the foot step of his car.

Touched by people's warmth and affection in Puri. pic.twitter.com/e1wMlwP5S5