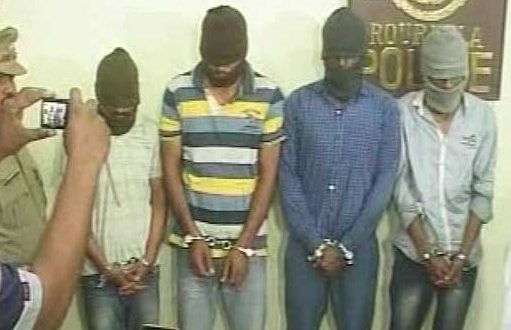 The Rourkela Sub-Divisional Judicial Magistrate (SDJM) court allowed the STF to take the SIMI terrorists on 13 days remand against 30 days sought by police.

Crime Branch Special DG B.K. Sharma said the five arrested would be interrogated about their terror module and activities across the country.

He said the police would interrogate them about their terror activities, local links, associates and their purpose of staying in Odisha.

DGP K.B. Singh said the National Investigating Agency (NIA), STF and police from other states would interrogate the five arrested terrorists at Bhubaneswar.