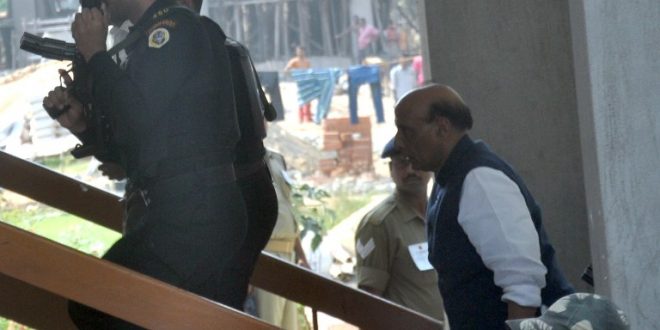 “After reviewing security situation, I can say that there is a progressive improvement. I have also assured the state government that maximum assistance would be given to combat the LWE,” said the home minister after holding a review meeting with the chief minister Naveen Patnaik and other government officials.

Appealing the Maoists to join the mainstream, he said there is no place of violence in a healthy democracy.

“If they cede their weapon and violence, we are ready to talk with them under the constitutional framework,” said Singh.

Earlier in the day, Singh had conducted a review meeting with the CRPF, BSF and Odisha police personnel about Maoists situation in Koraput.

However, the statement of the home minister that there was progressive development regarding security condition contradicts the statement of CRPF DG Mishra, who on Friday said in New Delhi that the Maoists situation in Odisha and the newly created state of Telangana after lying low for some time is remaining “fluid”.

Talking to media, Mishra said while the focus of anti-Naxal operations continues to be the worst Maoist violence-hit states of Chhattisgarh and Jharkhand, areas around the Andhra Pradesh-Odisha Border (AOB) and those within Odisha “need more attention.”

The former Odisha DGP said while Naxal activity in the state had by-and-large cleared up, it is now coming back in the Narayanpatna area of Koraput district which borders Andhra.