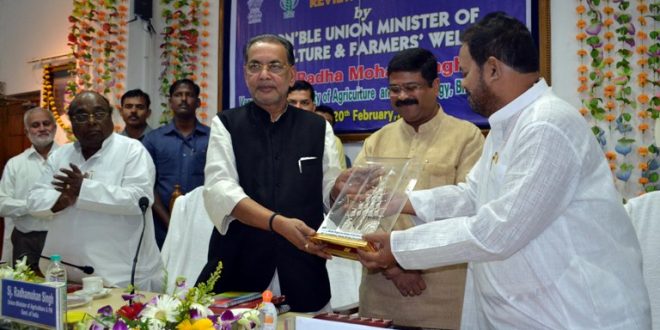 Singh said the funds allocated were not spent properly, and the government also failed to expedite spending of the allocations made under various agriculture development schemes to the state.

Odisha has lost Rs.50 crore as funds from the Centre due to failure in submitting the detailed project report (DPR) for the Pradhan Mantri Krishi Sinchayee Yojana (PMKSY), said official sources.

However, Odisha Agriculture Minister Pradeep Maharathy assured that the remaining funds allocated by the Centre would be spent by March-end.

He said the state has already spent about 70-80 percent of the central funds while the balance will be utilised by March-end and the utilisation certificate will be submitted in the due course of time.

As the state loses Rs.50 crore under PMKSY, Maharathy attributed the loss of funds to the late arrival of guidelines of the scheme.