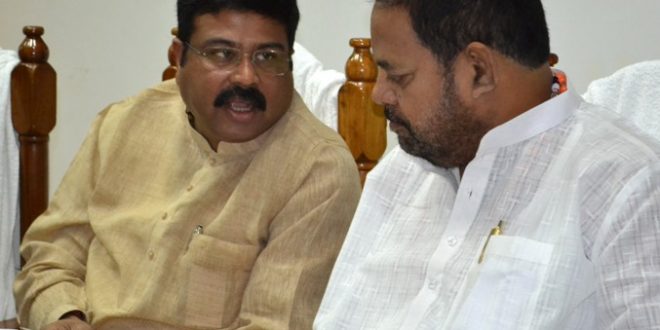 He said farmers in Odisha could earn Rs.500 crore more, taking into account the Rs.7,000 crore for paddy procurement in the state, if the leftover straw is used for production of ethanol

“Odisha has a huge potential of producing biofuel from agricultural waste. A survey in nine blocks of western Odisha revealed that the farmers get about Rs 65 crore from paddy waste from which they can get another Rs 10 crore by producing ethanol from it,” said Pradhan.

He was addressing at a review meeting taken by agriculture minister Radha Mohan Singh at Orissa University of Agriculture and Technology (OUAT) here.

He requested the state government and Indian Council of Agricultural Research (ICAR) to facilitate extraction of biofuel from paddy residue in the state.

Odisha procures around three to four million tonnes of paddy every year, from which around three crore litres of ethanol can be produced.

Ethanol is an alcohol fuel that is added to petrol to lower cost to the consumers, reduces consumption of oil and decreases the impact of pollution on the environment.

“We are buying biofuel in the form of second generation ethanol produced from molasses in some states like Maharashtra and Uttar Pradesh. Farmers are also getting good returns from this,” said Pradhan.