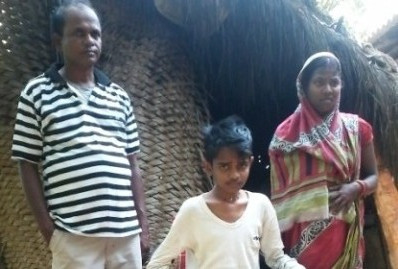 BRAHMAGIRI: The prevalent culture has always equated the ‘step’ relation with antagonists. And the thinking has been imbibed within the common stereotypes. But, the case of Sumitra Swain in Odisha will force you to rethink about these generalisations.

Swain has shattered the age-old stereotypes of the evil stepmother by pledging to donate her kidney to save the life of her ailing stepson.

A resident of Gaudabandha village in Manapada panchayat of Brahmagiri block in Puri district, Sumitra made heads turn in awe when she offered to donate one of her kidneys to her stepson, Nrusingha, 20, to save his life.

Both of Nrusingha’s kidneys failed when he was about 10, and he has been bedridden since then. Chhaila, a daily-wage labourer, sold all his properties to support the treatment of his son. The family estimates that more than Rs 10 lakh has been spent towards Nrusingha’s medical expenses over the last 10 years.

It is already proving painfully difficult to support a family of five – Chhaila, Sumitra, their two daughters and Nrusingha.

Chhaila married Sumitra after his first wife Harasmani died four years ago. Despite being Nrusingha’s stepmother, Sumitra is determined to save his life at any cost.

After doctors treating the youth have said his life can be saved by transplanting a kidney, the father of Nrusingha was in a desperate search for a prospective donor to save his son. But, Sumitra came forward and pledged to donate her kidney.

However, their misery does not end here even Sumitra offered to donate her kidney to save the life of her ailing stepson.

Now, lack of funds for a kidney transplant has posed a hurdle in their path. The couple has appealed to the government for help to save the life of their only son.

“We have already spent lakhs to save his life. Now, we are facing a shortage of money to carry out the kidney transplantation. If the state government extends help, we can save our son,” said Sumitra.