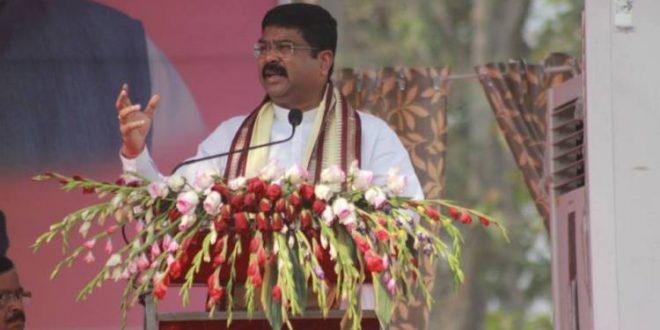 BHUBANESWAR: The ‘donkey’ remark of Petroleum Minister Dharmendra Pradhan during farmers’ convention at Odisha’s Bargarh has triggered a political row with the ruling BJD on Tuesday seeking clarification from the minister.

The farmers’ convention was attended by Prime Minister Narendra Modi and several senior leaders of the party.

“The Petroleum minister needs to clarify over his ‘donkey’ remark. Is he pointing at the people of Odisha? Is he describing the people as a donkey? The minister should clarify his comment,” said BJD spokesperson Pratap Keshari Deb.

“I have listened to the speech of the Petroleum minister while I was in a discussion panel. The moment I came across the remark, I criticised it. In his speech, Pradhan made a remark that the population of cows and buffaloes have declined in Odisha while that of donkeys have increased. Everyone is aware that there is no donkey farming in Odisha. Hence, he has to clarify whom it was aimed at if not at the people of Odisha,” the BJD spokesperson said.

Quoting an estimation of Odisha government, Pradhan had told during the convention that the population of buffaloes and cows have decreased in the state while the numbers of a donkey have increased.

BJP spokesperson Sajjan Sharma said it was the estimation of the state government.

However, another BJP leader Prithviraj Harichandan said Pradhan’s remark is aimed at the inefficiency of the BJD government.