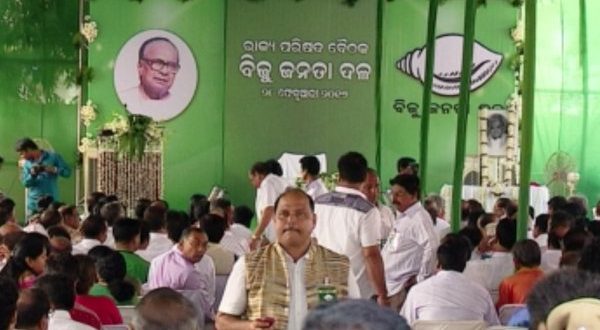 CUTTACK: Odisha chief minister Naveen Patnaik on Sunday said legal assistance cells would be set up at gram panchayat level to improve access to the justice delivery system to the poor and announced a three-fold increase in Lawyers’ Welfare Fund from Rs 1 crore to Rs 3 crore.

“The BJD, in its election manifesto, had declared to open legal assistance cell in each gram panchayat to improve access to the justice delivery system to the poor and the underprivileged. We will set up legal assistance cells to provide an enabling environment for the legal empowerment of our people,” said the chief minister.

He said the initiative to provide access to legal assistance would be named after great legal luminary Madhusudan Das as ‘Madhu Babu Ayeen Sahayata Kendra’ and this initiative will be functional in coming years.

The legal assistance cells will offer services once a week and is likely to be operational from next year, sources said.
Besides, the chief minister also announced setting up of Law University in the state for improving the standards of legal education in the state.

“My government is seriously contemplating the establishment of Law University to strengthen the functioning of law colleges in the state. This will be a milestone in improving the quality of legal education in our state,” said Patnaik.
He said the government had taken several measures to improve the legal infrastructure and establishment of new courts.

“As all of you know one of the decisions of the last Cabinet was to establish the Law Commission. This will have a far-reaching impact on the enactment of new laws and fine-tuning of existing laws for the benefit of our people,” he added.