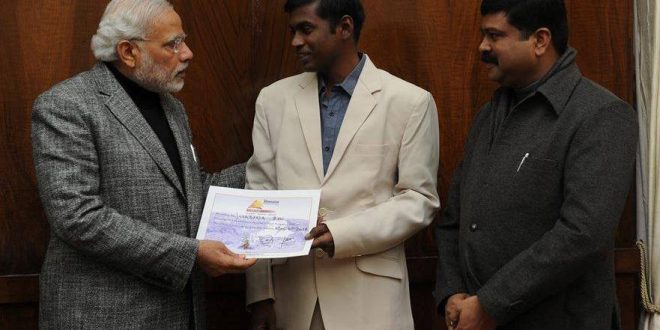 BHUBANESWAR: His meagre earnings were not a deterrent for reaching new highs in life. Jogabyasa Bhoi, a Shiksha Sahayak from Kalahandi in Odisha, has a number of achievements to his credit.

Jogabyasa Bhoi, who hails from Rupon village under Narla block, is also the first school teacher in India to have taken up mountaineering. He is also the youngest Odia mountaineer to have scaled such heights.

Jogabyasa struggled to raise funds for his expedition, but he never gave up and achieved the milestone in the end.
Bhoi has successfully scaled the Mount Aconcagua in Argentina, the highest peak of South America, without an oxygen supply. This was an international expedition to Mount Aconcagua.

He has earlier climbed Mount Kilimanjaro in Africa in 2011, Mt. Carstensz Pyramid in Pappua and New Guinne, Mount Elbruse in Europe and Mount Everest.

In 2007 he had scaled Renok Mountain at Sikkim, Everest Kalapathar and Everest Base Glacier Mt. Stok Kangri in Leh in 2009 & Mount Everest in 2011.

Jogabyasa Bhoi has become the third person from Odisha after Kalpana Dash and Ganesh Jena to climb the Mt Everest.