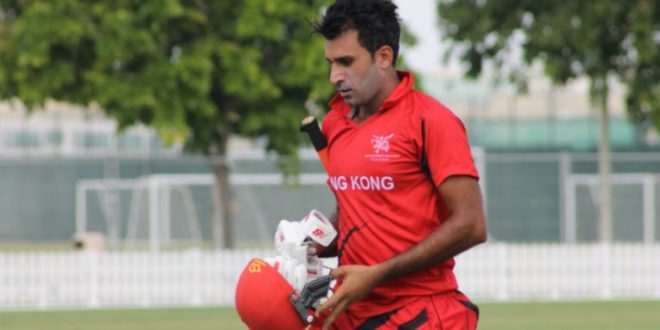 BHUBANESWAR: The Hong Kong national team, which is in India to play the 2016 T20 World Cup, has a player from Odisha-Anshuman Rath.

A wicketkeeper-batsman, Rath is better known as Anshy among his teammates. His parents hail from Satyanagar in Bhubaneswar. The youngster has been playing cricket since the age of four.

He started as a member of the Under-16 squad for Hong Kong at the age of 12 and within two years became the captain in 2012.

He made his One Day International debut for Hong Kong on 8 November 2014 against Papua New Guinea in Australia.

He made his Twenty20 International debut for Hong Kong against Nepal at the 2015 ICC World Twenty20 Qualifier tournament on 15 July 2015.

Anshuman’s parents had shifted to Hong Kong in the late nineties for business purpose. He was born and brought up there. However, the family keeps visiting Odisha frequently, and Anshuman not only converses fluently in Odia but also loves to visit his hometown Bhubaneswar.

Rath’s impressive wicket keeping and consistent batting helped his team to qualify for the T20 World Cup during the qualifiers played in July.