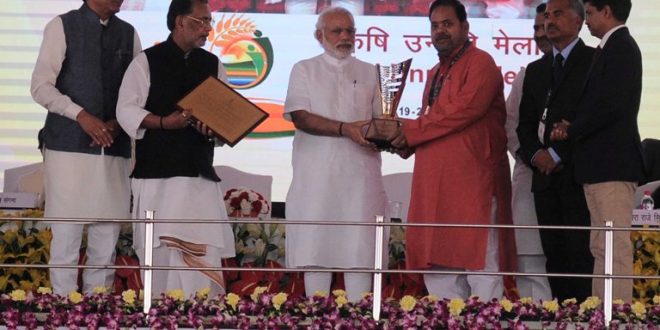 The award consists of a trophy, citation and cash amount of Rs. 5.00 crore, said a release.

The performance of the two farmers was backed by evidence of assessments in crop cutting experiments and other methods of documentation of production conducted by the state government during the year 2014- 15.

Baral had been able to achieve a record 21 quintal moong production per hectare whereas Patel achieved a record 36 quintal paddy production, the release added.