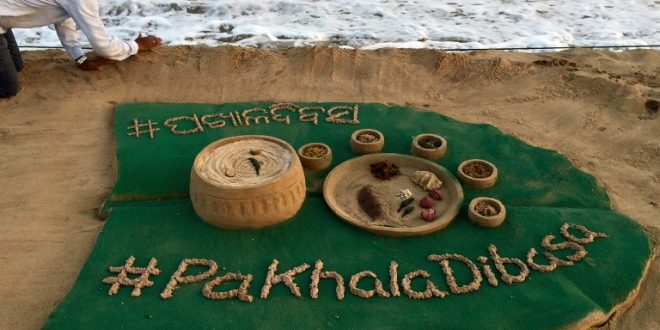 BHUBANESWAR: Odia people on Sunday celebrated Pakhal Dibas showing their love for their traditional and staple food. March 20 is celebrated as Pakhal Dibas.

While people in Odisha made a beeline at several hotels and restaurants to relish Pakhal, Odias across the globe took to Twitter to show their affinity to the dish.

Odia’s worldwide have been observing Pakhal Dibas on March 20 consecutively for the last five years.
Pakhal or watered rice is an Odia term for an Indian food consisting of cooked rice washed or little fermented in water. The liquid part is known as Toraṇi.

With the beginning of summer, it has become the first choice of Odia people to beat the heat with Pakhal.

• Dahi Pakhaḷa is made by adding curd with pakhaḷa. Badi Chura is taken as a side dish with Pakhala